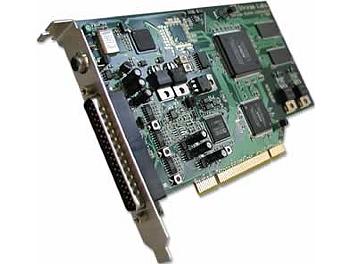 The card has completely digital path of graphics generation, it can work both in analog and digital mixing mode. In the digital mode input signal is digitized, mixed with graphics and transferred to the output. Signal delay is about 25 Oms. In the digital mixing mode input signal can be bot Component YUV or RGB, or Composite, and S-Video. In the latter case the signal is decoded using the state-of-the-art Philips decoder. This decoder uses split adaptive filter (<